Data scientists at SkilledUp, recently studied a dataset of over 28 million online job postings. Their findings backup these trends with cold hard statistics. In May 2013, 55 % of web development job posts looked for a web developer. By September 2014, that number had actually dropped to 44 %. On the other hand, job need for front-end developers stood at 20 % in May 2013, and 25 % in September 2014. Demand for full stack developers went from barely 1 % to 6 %.

So what is the incentive behind this shift in need?

When it comes to full stack developers, their rise in popularity may have something to do with cost savings. Instead of concentrating on one area of know-how, a full stack developer is proficient in all stages of web development, and employers are beginning to recognize the advantages of hiring a one male development group. Why hire a front, back, and UI developer when you can hire one complete stack developer, and pay only one income?

Startup companies seem particularly taken with full stack developers, as many start-ups operate with extremely low overheads, and cannot afford to hire people who are just knowledgeable in one location. If you have ever worked for a startup, you understand that “wearing many hats” is a repeating style. Full-stack developers program, and troubleshoot under many, many hats, making them a startup’s dream hire.

So what lies ahead? Will web development roles splinter even further as technologies and user choice remain to sophisticate? If these patterns are any indication, then it promises that more specialized roles will become a response to more technological developments. But the specifics of these functions are still anybody’s guess. 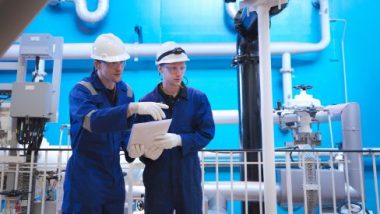 The Challenges for Industrial Internet